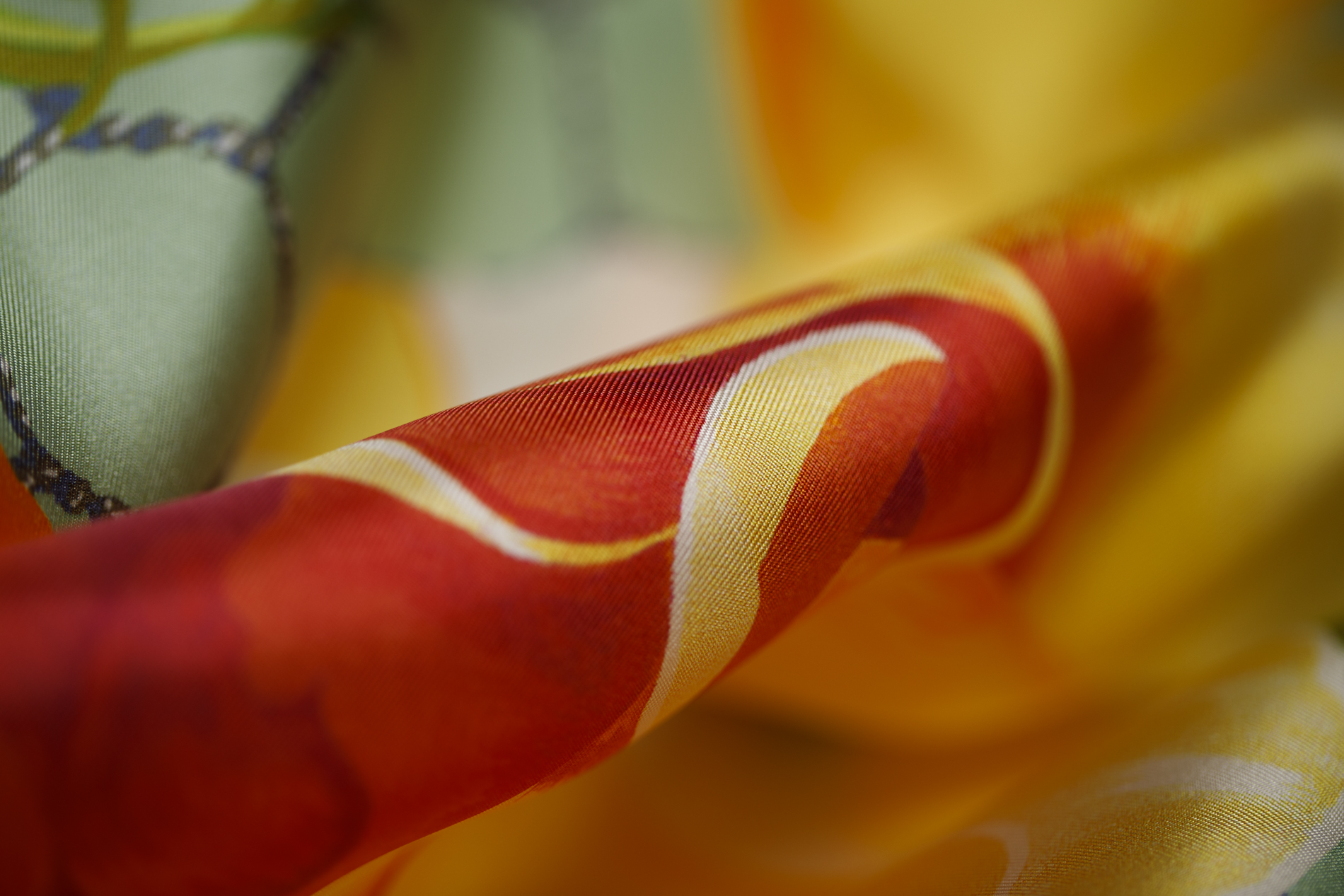 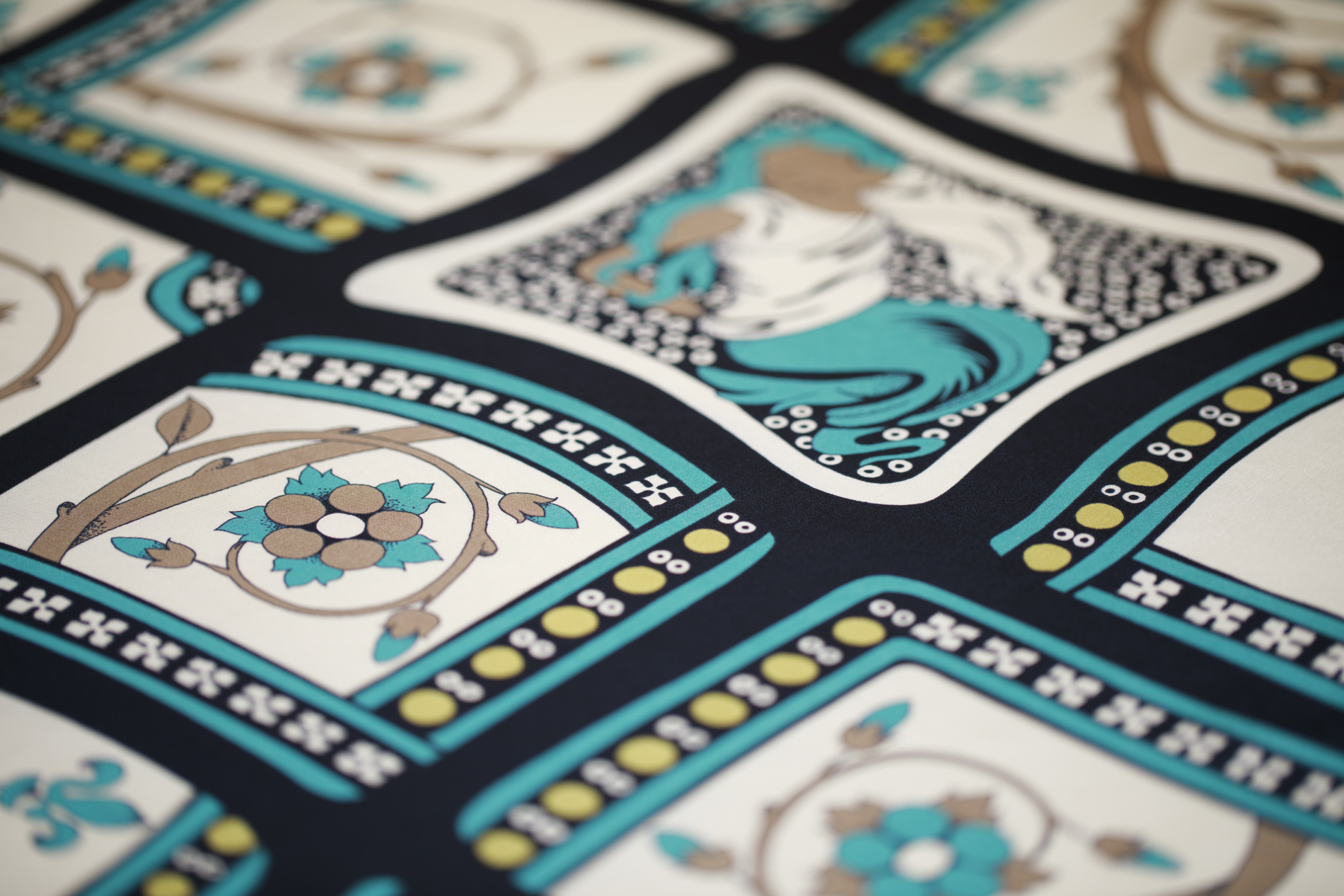 In this series, I’m going to look back at the history of our silk and cotton scarf patterns. Each pattern is a creation with multiple inspirations. To tell you about a pattern is also to describe a strong passage in my life.

Today, I’m going to tell you about the genesis of the Vitralo pattern. Available in several colours on our shop, it is with great passion that I designed this scarf and I am delighted to see your strong infatuation on this work.

Any visit to a museum is a source of creative excitement and a particular object can spontaneously be exploited in an artistic production. This phenomenon was triggered while exploring the Cluny Museum dedicated to the Middle Ages in Paris, at the sight of a small stained glass window of astonishing workmanship. Measuring forty-two by sixty-four centimetres, its label states that it is “an example of the use of silver yellow, a tint applied to the surface of the glass without the need for additional lead”, which no doubt explains the flexibility of the motif. “The ornamental painting with rose hip motifs, in which a few fleur-de-lis (the coat of arms of the kings of France) are intermingled, surrounds a small grotesque figure. This fantasy is reminiscent of the decoration of the margins of illuminated manuscripts, an art form that was very fashionable in Paris at the beginning of the 14th century,” the cartel continues.

Its luminosity, its yellow and grey harmony framed by black, its supple shapes far from the image we have of glass art, and its small, fine and stylised flowers, caught my eye, as did the amusing character in the centre.

All I had to do was to use this document by updating and modernising it. This is always an exciting This is always an exciting exercise to accomplish with old documents. In addition, it had to be adapted to a square format of ninety centimetres in width so that it could become a scarf.
For the first attempt I started with a scale of patterns that were too small and too tight. I changed my mind by resizing the squares and leaving some of them without flowers for more lightness. In my first composition I wanted to use the “silver yellow” colour which was so appropriate for the stained glass but which seemed too dull in ink, as can be seen on the test piece and on the model started at the wrong scale.
The small central character was then transformed into a kind of mermaid.
Once all the choices have been made, a tracing of the precise drawing is made before being transferred to paper with a light table and coloured with brush and ink.

It is the Tyrian pink that I chose to make this final model. This was then sent as a scan to the computer graphics artist who is in charge of the digital separation of the colours for printing and in order to make it possible to search for different colours. Five layers were created, including one for the background, which will not be used for the first production run as all Vitralo backgrounds remain white in the colour of the fabric.
Black was removed from the entire collection. I then did the colouring of the three variants using the Pantone range in order to use the same language to communicate with the printer. This makes the colouring process easier, although it is still an important part of completing the design of a new scarf. Once printed, fixed and ennobled, small expert hands will roll the edges for a traditional and exceptional finish. 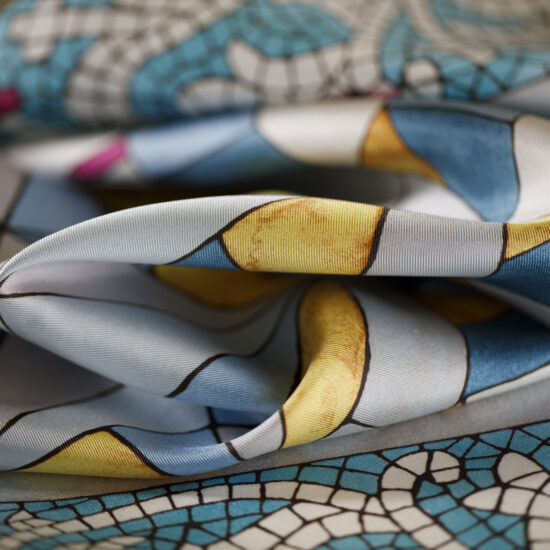 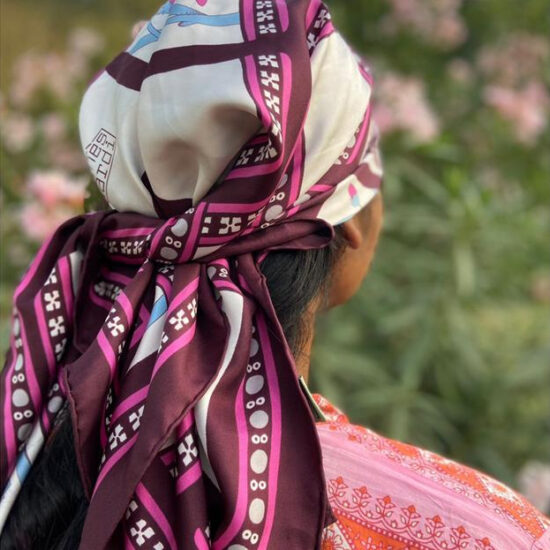 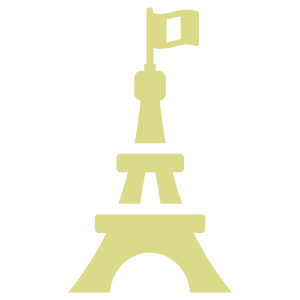 Designed and manufactured in France. 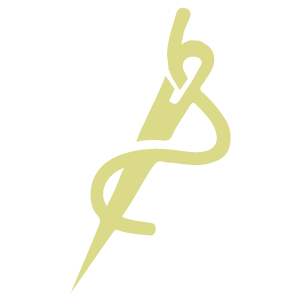 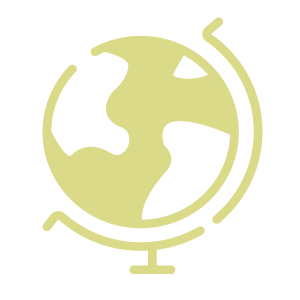